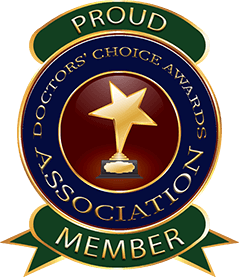 Dr. Ben Whiting was born and raised in Mesa, AZ. As a 6th-generation Arizonan, he completed his undergraduate studies here in the Valley of the Sun before attending the University of the Pacific Arthur A. Dugoni School of Dentistry in San Francisco where he earned his Doctor of Dental Surgery (DDS) degree. He was the recipient of several student awards including the American Academy of Esthetic Dentistry Award and the San Francisco Dental Society Ethics Award (which he is most proud of). Dr. Whiting, in his own words, ‘got way too involved in student government’ holding California, regional, and ultimately, a national position with the American Dental Education Association. After graduating dental school, Dr. Whiting and his young family returned to their hometown of Mesa to work for his childhood dentist. Soon after, he purchased the practice and established Whiting Dental.

After more than 20 years of practice, Dr. Whiting is not only trusted for his clinical skill, but the connections he makes with his patients. His goal has always been to make Whiting Dental feel like ‘your hometown dentist’. He claims, with a grin, that his ‘Why’ is ‘the relationships I get to form with the folks that are courageous enough to trust me to be their dentist’. He is particularly proud that Whiting Dental is now becoming multi-generational. Even if it does make him feel a bit old. Many of those who saw him as children are now bringing their own children and grandchildren.

Dr. Whiting is also well respected by his peers, being selected by them numerous times as a Top Dentist in Phoenix Magazine. He had the honor of being appointed by Governor Jan Brewer as a member of the Arizona State Board of Dental Examiners where he thoroughly enjoyed the opportunity to serve the citizens of Arizona and the dental community as a member of the state dental board. He was also elected by the citizens of Mesa to two terms as a member of the Mesa Public Schools Governing Board, including as President. He has been a longtime board member for Mesa United Way, and as an Eagle Scout and Vigil Honor member of BSA Order of the Arrow, he has served in many capacities for the Boy Scouts of America. He supports his profession with membership in the Central Arizona Dental Society, the Arizona Dental Association, the American Dental Association, the Academy of Cosmetic Dentistry, the Academy of Forensic Odontology, and as a member of the Arizona Mass Disaster Team.

While Dr. Whiting has been well accomplished, his greatest satisfaction and joy come from being a husband and father. He and his wife, Sherri, are the parents of 6 children. When not enjoying time with his family, he can be found weight lifting, mountain biking, traveling, reading, or listening to good music. Although, if you ask his children, his favorite pastime is… sleeping.

Dr. Whiting looks forward to welcoming you to Whiting Dental!