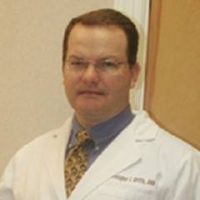 4 Review(s).
Visit
Are you a medical practitioner and know this Doctor/Consultant? If so, please add a review.
Connect With Me         Add A Review         Request a Review
Dr. Christopher Griffin, a native of Abbeville, South Carolina, graduated in 1989 from the College of Charleston and four years later, the Medical University of South Carolina School of Dentistry in Charleston, South Carolina. In Columbia, South Carolina, he completed a hospital-based general practice residency at Palmetto Health Richland Hospital, formerly known as Richland Memorial Hospital. Returning closer to home, Dr. Griffin acquired the practice of retiring dentist Dr. Petit and has continued practicing for the last 23 years in Greenwood, South Carolina. Dr. Christopher Griffin is involved in many leadership roles with local, state, and national dental organizations including the Pierre Fauchard Academy, Academy of General Dentistry, South Carolina Dental Association, and the Academy of Operative Dentistry. He also participates with many charitable endeavors which include Healthy Learners, the Greater Greenwood United Ministries, United Christian Ministries of Abbeville County (UCMAC) and the South Carolina Dental Association Dental Access Days.