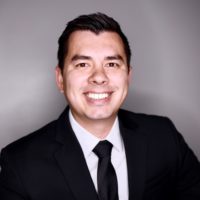 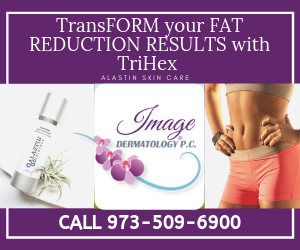 Are you a medical practitioner and know this Doctor/Consultant? If so, please add a review.
Connect With Me         Add A Review
Dr. Jerry Chidester has lived all over the world. He was born in Chicago, Illinois, but soon moved back with his family to Salt Lake City, Utah. Not long afterward, his entire family moved to Saudi Arabia while his dad worked as a general dentist for the royal family. They lived there for nearly six years while he attended the Saudi Arabian International School with friends from across the globe. The time Dr. Chidester spent living on a hospital compound, surrounded by friends from multiple cultures and backgrounds, planted the early seeds in his personality and curiosity for life that eventually led him to pursue a career in plastic surgery. As a teenager, he returned to live in Utah, where he graduated from Bingham High School. He played competitive sports like basketball and soccer and enjoyed breakdancing and snowboarding. During high school, he was concurrently enrolled at the University of Utah and subsequently received a full-ride 4-year academic scholarship. However, he put his studies on hold for two years to serve as a full-time missionary for his church in Thailand. There, he learned to read and write in his mother’s native language. After returning, he married his high school sweetheart, Mindee. He returned to his studies at the University of Utah to prepare himself for a career in medicine. He was accepted early to the University of Utah School of Medicine, and during that time they had two children, Tayden and Mylee. Dr. Chidester originally thought he was destined to become a Cardiothoracic surgeon, but during his third year in medical school learned about the incredible field of plastic and reconstructive surgery. He became enamored by the specialty and completely changed his career plans. During medical school, he was nominated to the Alpha Omega Alpha Honors Medical Society and was a class president, as well as the student body president for the medical school. For the duration of his medical school career, he worked closely with underserved and minority high school and college students, to further educate them on the field of medicine. He completed medical school and then relocated his family to live in Southern California, where he completed a six-year integrated plastic and reconstructive surgery residency at Loma Linda University Medical Center. He learned all aspects of plastic surgery, including aesthetic, reconstructive, microsurgery, hand, and pediatric plastics. Dr. Chidester presented at over a dozen regional and national meetings and had several published manuscripts, all while being involved in his local church, and as his kids’ soccer coach. He was blessed to travel to Ruby Nelson Hospital in Jalandhar, India to help establish future mission work and to Hangzhou, China, to work with the wonderful surgeons at the Zhejiang University Children’s Hospital. After completion of residency training, Dr. Chidester then moved his family down the street to Los Angeles, where he spent his final year in fellowship training doing some of the most complex and difficult upper extremity and hand cases in the region. In a short time, Dr. Chidester pioneered new techniques in microsurgical flap perfusion models and was invited to present his work nationally. Additionally, they eagerly added a third child to their family through foster care and are currently in the process of completing his long-awaited adoption finalization. Now, after seven years of being away, he returns with his family to Salt Lake City, to establish himself in his career as a plastic and hand surgeon. His hope is to bring many of the techniques he learned while away to the Salt Lake Valley to help better serve his community and neighbors.